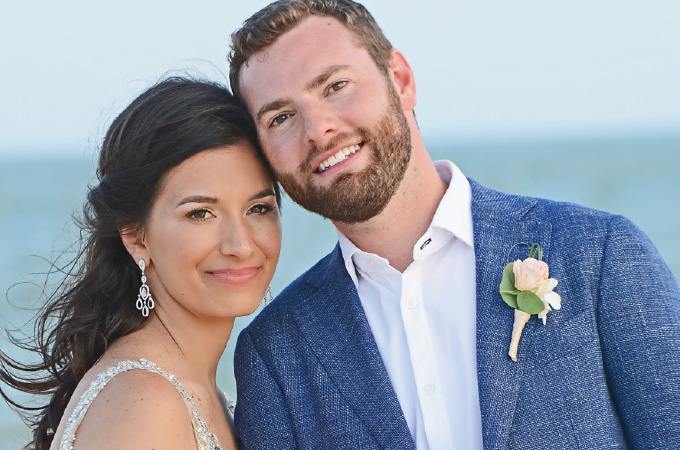 St. Louis Natives Hayley Fox and Brent Chod first met when they were kids, and fate brought them together again years later. “We were in the same carpool in middle school but never spoke,” Hayley says. “We didn’t reconnect until both of us were living in Chicago as adults.”

One weekend, she went to a party with friends and was surprised to find Brent there. “We had a lot of fun talking that night, and it turned out we were both going to a friend’s wedding in Atlanta a week later,” she recalls. “After not seeing each other for such a long time, we thought it was pretty amazing to end up together two weekends in a row.”

Brent asked Hayley out when they returned home. Their first date was supposed to be at an elegant rooftop club downtown, but bad weather got in the way. “We ended up at a dive bar across the street and had a great time catching up,” Hayley says. “The evening was very laid-back, just like we are.” Last year, the two got engaged on a Hilton Head beach as the sun was setting, and they celebrated with dinner overlooking the water. 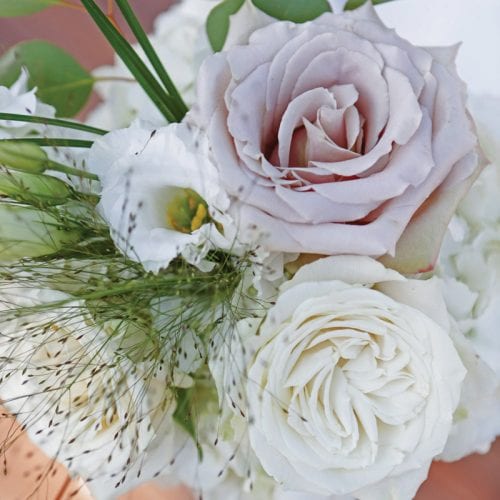 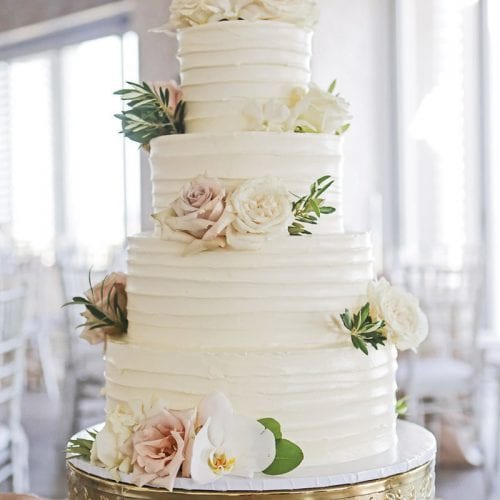 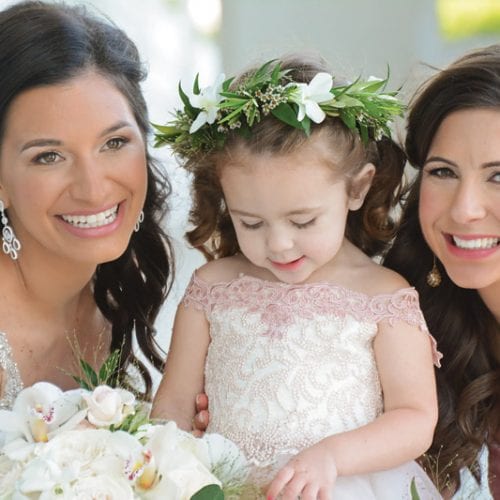 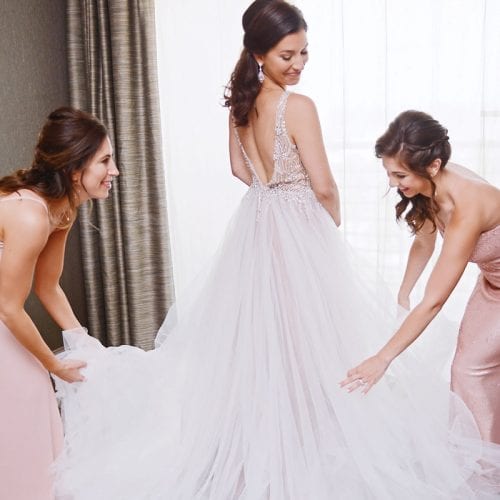 They returned to Hilton Head for their wedding weekend, which Hayley describes as “amazing in every way.” The couple welcomed guests for a rehearsal dinner at a local plantation and said their ‘I dos’ at an outdoor ceremony. “It was hot, but the weather was perfect otherwise,” the bride recalls. “There wasn’t a cloud in the sky the whole weekend.” They wrote their own vows, and Hayley says she couldn’t help but get emotional when Brent read his.

An indoor dinner reception followed, and the space was decorated with white flowers and greenery. “My idea was for everything to look heavenly, and it did,” Hayley says. “We even had flowers hanging from the chandeliers.” Her attendants chose their own dresses in shades of blush, and the groomsmen wore blue and white. “Our flower girl had the most adorable gown,” she adds. “She looked like a miniature bride.” Hayley says the country music band that performed at the reception was a highlight of the evening.