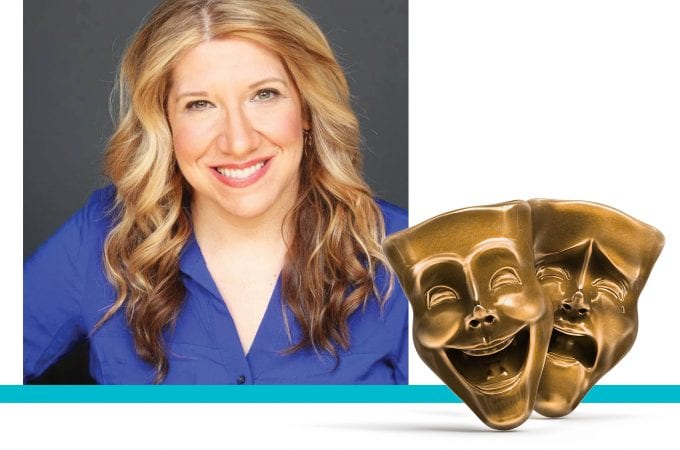 This July 16, when the curtain rises  on John Guare’s The House of Blue Leaves at New Jewish Theatre, it will mark much more than the opening of a play. It also will signal the debut of Moonstone Theatre Company, founded by actor, director and entrepreneur Sharon Hunter. The St. Louis native launched the professional troupe with her own funds last year to bring socially enlightening theater to local audiences.

Directed by Annamaria Pileggi, the black comedy tells the story of a New York zookeeper with visions of moving to the West Coast to become a songwriter. Hunter’s own career took a similar path; she spent a decade working and studying in New York before returning to St. Louis to fulfill her own dream of starting Moonstone. She also is a singer, teacher, cabaret performer, voice artist and former radio host for KEZK and Y98 FM.

“I went to the former Rosary High School and then Lindenwood University, and those stages are where my theater career took off,” Hunter says. “I acted in plays and musicals and was on the pom squad, so I always was putting on a show. My mom got me involved in dance early and took me to the theater often. For me, there was never a question of doing anything but performing for a living.” Over the years, she has appeared on stage in New York and locally at The Rep, New Jewish Theatre and others. Hunter says one of her standout career moments was taking a master acting class taught by Alec Baldwin. She also gains inspiration from versatile talents like the late Gene Wilder and Jack Lemmon.

Moonstone’s productions will cover important topics like diversity, equality, mental illness, addiction and sexual harassment, and Hunter says she is grateful that the local performing arts scene has welcomed her new venture. “St. Louis is a great home for this kind of theater,” she says. “There are so many avenues for partnerships that can do a lot of good. I want to open up the floor to subjects that are hard to talk about, and I’m excited to work with female entrepreneurs, local business owners and other arts organizations.” Her next show will be Jake’s Women by Neil Simon, and she plans to act in upcoming productions. Future shows will be held at other various local venues.

Hunter says she chose the name ‘Moonstone’ because moonlight brings her clarity and inspiration. She also wanted to pay tribute to the late Peter Flint, her New York acting coach and mentor. “Flint is a kind of stone, and I thought adding that idea to the name would be a great way to remember him,” she explains. “He was a real father figure to me.”

She says Moonstone Theatre Company’s mission is to inspire audiences to think deeply about social problems and work together to solve them. “The stage is an ideal place to teach, and you can do it through drama, music and even comedy,” she says. “St. Louis has a reputation for supporting the arts and talking about important issues. I’m looking forward to being part of the conversation.”