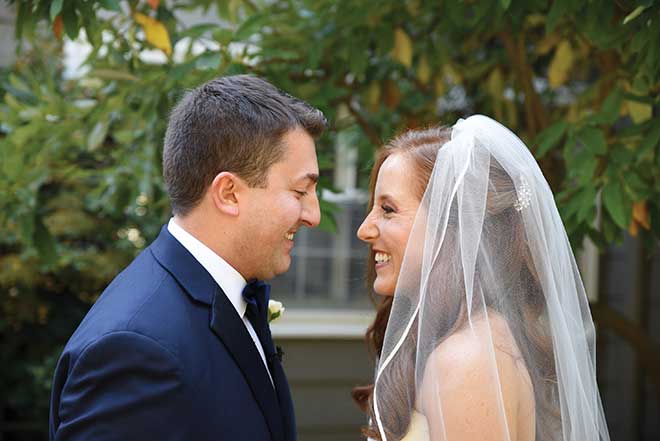 After meeting on the first day of orientation for medical school at the University of Missouri, Carrie Yeast and Stephen Johans Jr. were placed in the same small group when classes started. While the circumstances were not always the most romantic (they shared a cadaver!), their connection was evident, and they started dating six months after their initial introduction. Seven years later, Stephen proposed to his med school sweetheart in San Francisco. “We biked across the Golden Gate bridge to Sausalito and stopped at a little dock before we turned around, and that’s where he proposed,” Carrie recalls. “For a city that’s always so busy, there was no one around except a nice older gentleman who took our picture.” 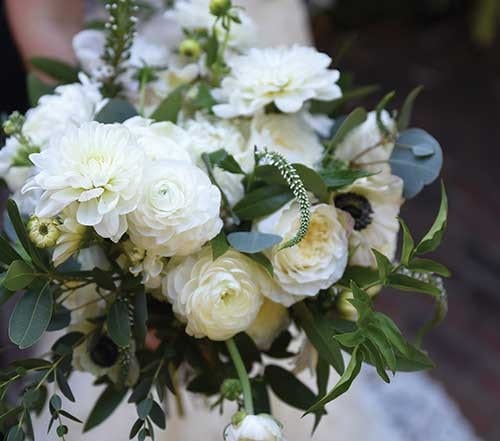 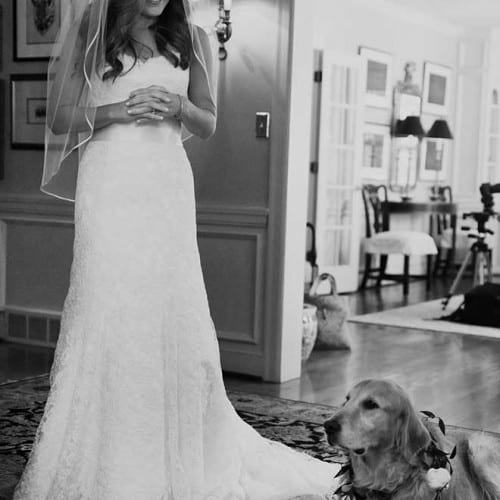 The two started planning with one main goal in mind: for it to be an elegant party that guests could really enjoy. “It was a little tricky to put together because I’m in Columbia for my residency, and Stephen is in Chicago for his—and the wedding was in Kansas City! But between my mom and me and our wedding planner, we got it done,” Carrie says. Personal connections made choosing vendors easy: the photographer was a neighbor Carrie used to babysit; the ceremony was at Carrie’s childhood church; and their reception was held at a venue opened by a catering company her family frequently used for parties.

“My bridesmaids and I all got ready at my parents’ house, and we did our first look there. That’s also where most of the pictures were taken,” Carrie says. “It was a beautiful day, and my dog Sam even got dressed up. Their goal of a fun party was evident at the end of the night. Guests lingered so long, the hired bus driver was upset that no one was leaving, Carrie says. “Stephen and I got left behind, and the bartender drove us back,” she laughs. “And we kept the party going at the hotel afterward!”

Carrie is a urology resident at the University of Missouri in Columbia, and Stephen is a neurosurgery resident at Loyola in Chicago. 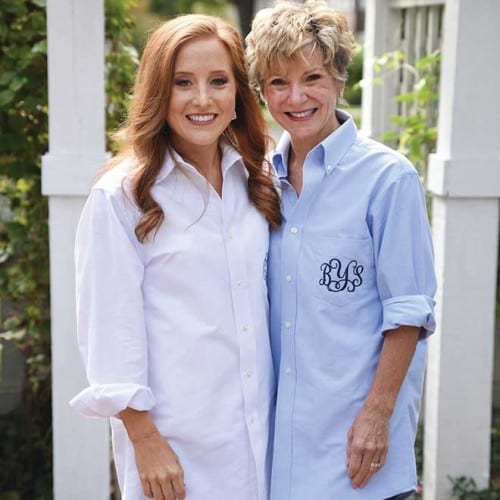 Tags: i do, karyn meyer